LABOR is an urban laboratory that proposes to experiment over four years with new ways of considering the city, mainly from an artistic, civic and ecological perspective. By taking an interest in the challenges of its construction and development, LABOR brings together artists, specialists and users around the potential and the future of the Rasude site in the heart of Lausanne.

While half of the world’s population will soon be living in cities, today’s political, social and climatic challenges call for decisive changes in our ways of living together. The involvement of the population in the future of cities seems to be as important as the capacity for our societies to pool their needs and knowledge to find sustainable solutions.

With LABOR, La Rasude will become a temporary laboratory for four years, where new collaborations, original creation and prototyping formats can be experimented with, capable of questioning the often perennial and definitive nature of buildings and their uses. From 2021 to 2024, LABOR will host artistic events such as BIVOUAC, scheduled for June 4 to 27, 2021, as well as workshops and programs led by various universities. Since March, the ALICE chair of the Ecole polytechnique fédérale de Lausanne (EFPL) has been working on site with its students, thus contributing to making the Rasude a common space for reflection and experimentation. 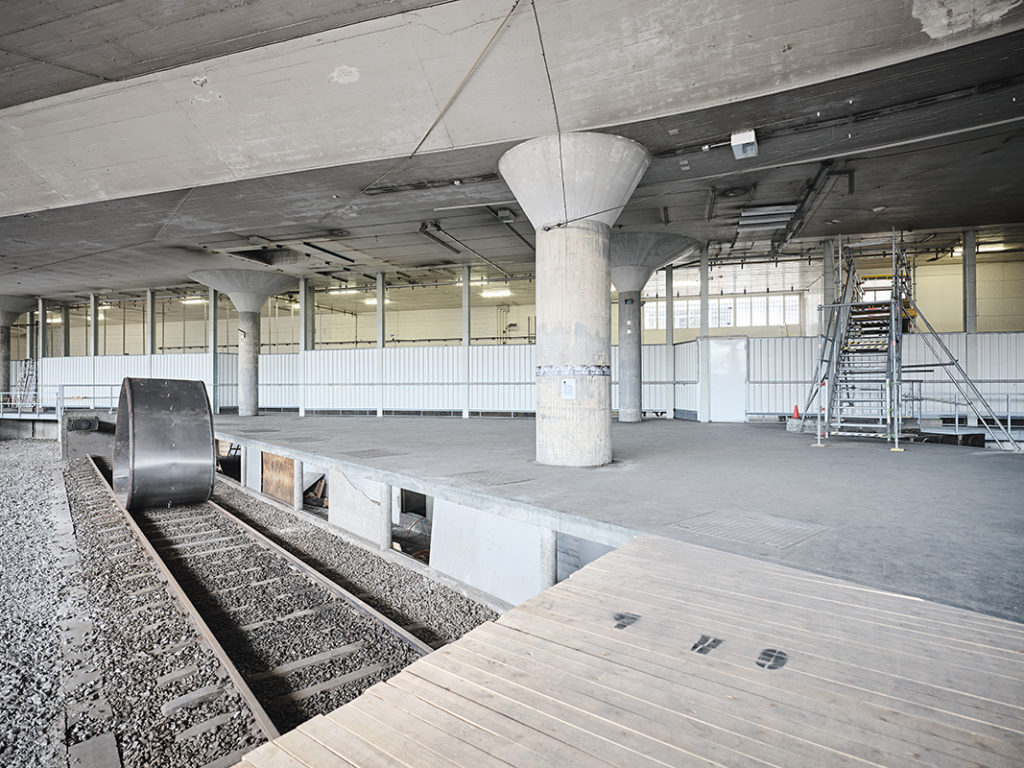 La Rasude is a site which is part of the Lausanne railway station hub. Formerly used for mail sorting by Swiss Post and for SBB back-office work, it is set to undergo a major transformation.

Consequently, the future use of this land and its public access raises the question not only of the needs of the population but also of the uses of the city and the processes involved in its construction and development. By operating outside the institution and by connecting art to an emblematic place in the city, BIVOUAC wishes to invite the public to take a curious and different look at urban space by considering questions of citizenship, nature and the right to the city as central elements for reflection.

Labor is a project of the association “LABOR, Expérimentation urbaine”.
The authors and curators of the project are the artist Séverin Guelpa and the architect Pierre Cauderay.